A Young Man’s Alphabet: B 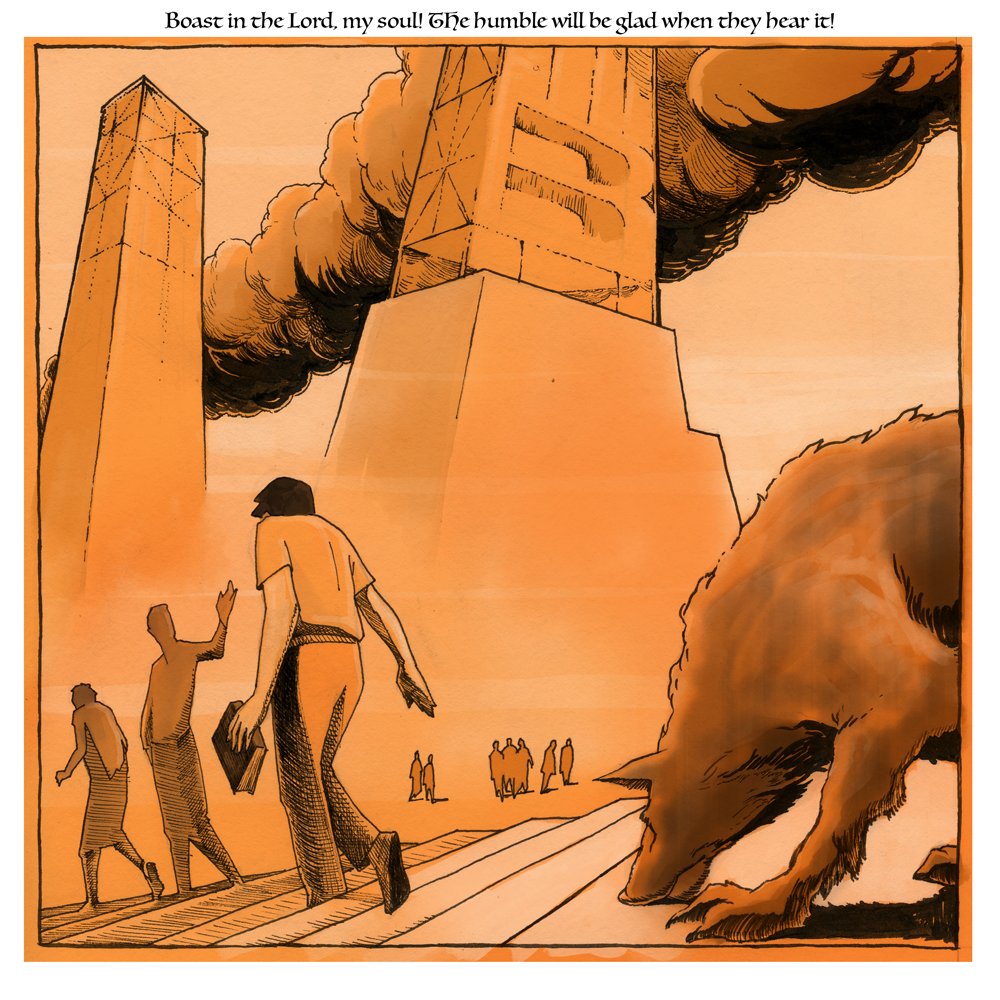 Being in a City::

I saw this young man on his way. We can call him Meiyan. He was, for all his reading, and for all his knowledge, roaming aimlessly through the city plazas and streets, finding no place to sit, no place to rest. This grand city was a product of many years of labor and contract. It was magnificent in its heights and breadth, and its people prided themselves on their prosperity, their quality, and their future, which they firmly believed they would continue to mold to their own liking and benefit, given the conformity of the present to their standards.

Perhaps they were right, and their plans and works were, despite the limited scale of their greatness, sufficient to produce many years of benefit. A city of man is built upon the sweat of the wise and prudent, but it is also built with the blood and tears of the oppressed, however they came to be so. The architects of the grand city had no such ambitions to oppress, but in the building of a city and laying its foundations and boundaries, and sculpting its economy, there pits by the roadside are left from the excavations for the unawares and foolish to fall into. And then there are those who are pressed into labor because of hunger, and those because of transgression who are lost like knotted links in fine chain in the dark of an upset jewelry box. And because of the weak, and because the power is on the side of the strong, whether or not he wishes to be an oppressor, so there exists a predator in the economy, and for a prey.

And so, with or without complete understanding of the fabric of this place, Meiyan arrived here a stranger. He and his book, moving across its faces like a vapor, barely touching its pavement, and hardly reflecting in the polished mirrors of the towers of glass and steel. It was perhaps his lightness of heart, or his joy in the freedom of a path which always seemed to disappear just beyond his next step—the futureless in the city of futures. He was glad, though his feet and legs grew sore and weary. He sang songs to himself quietly beneath the orchestration of the city life.

I will glory in the Lord

We choose what to glory in. We choose what we will make much of. And our actions, our words, our lives, our children, our work, loudly proclaim our belief. Artists have always been called to labor with their hands, and create that which is beautiful, true, and good; but moreso we are called to glory in that sole Being upon whom no one lays claim, and from whom comes all things. It is to Him that all glory, honor, and praise are due.

Kinship in adversity is a defining trait of animals and humans and gods. How much of our story is for the afflicted? For this is wear our God shows His splendor, in that He did not remain elusive and transcendent, only to be worshipped by an elite who could somehow fathom mysteries, but He took on flesh and walked on the earth He created and we corrupted. He ate bread with us, He suffered thirst with us, and His word was for the broken, the captive, the blind, the lame, the mourners, and the poor.

God’s work is not done until the fruit of joy is born.